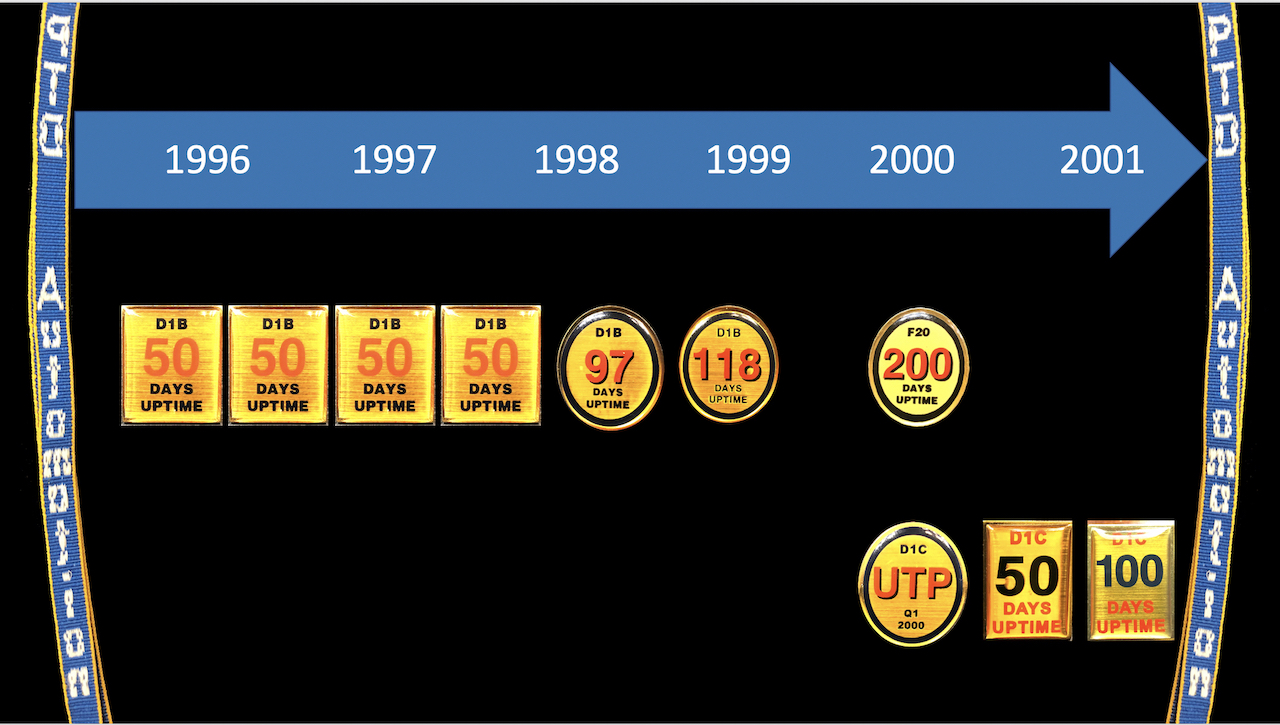 Every once in a while, an experience you pass through is worthy of induction into your museum folder so you can reminisce about it at a later date.  This photo is from my museum folder and here, I am reminiscing about it, aloud.  If you would like to listen in, please read on.

In the 1990s and well into the 2000s, Intel made massive transformations in its manufacturing technology and capacity. This was driven by an exponential rise in the demand of transistors feeding the internet economy as it took shape and grew.

By 1995, Intel had completed the development of 350nm manufacturing technology with spectacular success. We had out-grown our long-established technology development fabrication facility (fab) called D1A in Aloha Oregon. So that year, we picked up and moved to our brand-new fab called D1B in the green fields of Ronler Acres, a now sprawling campus of multiple fabs in Hillsboro, Oregon.  I remember being on a tour of the green fields a year earlier wearing special shoes that allow you to walk in wet mud and tall grasses. From our viewpoint, the campus seemed bigger than earth itself and future growth possibilities, bigger than our imaginations.

Here, we would develop the 180nm and 130nm technologies. By this time, Computer Aided Manufacturing (CAM) was transforming to ‘Automation’, a term representing an integrated set of capabilities enabling (not just aiding) both the development of technology and its manufacturing operations. Automation increasingly controlled each machine, the flow of material through the fab, and the extraction and analysis of critical data for decision support. Automation became the operating system of the fab for each technology node on Moore’s Law journey.

Yousef El-Mansy, my manager, saw this transformation as a mandate for my team to “Make Automation A Technology Module”.  It took years of doing just that to fully comprehend the array of visions that mandate produced. For this blog, I will focus only on how we sought to keep Automation (and the fab) always on. We had to because if the operating system of a fab is down, then the whole fab is down. Every minute of fab down time is prohibitively expensive and disruptive.

We introduced the concept of UPTIME and defined it in a way that could be measured.  And we set our goal to 100 days of continuous UPTIME, which was about 5 times our current UPTIME.  An interruption would reset the “Days of Uptime” counter.  When the counter reached 50, we bought ourselves lanyards and stuck a “50 Days” button on it, proudly wearing our own indicator.  Three more 50s were achieved, but the 100 remained elusive. By early 1998, we came very close to tasting a 100 before the counter reset at 97. We gave ourselves a 97 button as consolation.  By December of 1998, I was on vacation in Sydney when I received a call. The first 100 button had been earned.  The caller was Jasper Morris, an excited member of my Automation Support team. The streak broke at 118 in early 1999.  Soon after, D1B was turned into a manufacturing-only fab called F20, and our manufacturing counterparts took charge and soared onwards to a well-deserved 200 button.

At the turn of the century, we made another massive transformation.  This time from 200mm (8-inch diameter) wafer size to 300mm (one-foot diameter) wafer size. This was a once-in-a-long-time economic transformation allowing us to gain over 2 times the chips from each wafer.  To do this, another new fab that could handle larger wafers was needed. We built it next to D1B and called it D1C. As the first 300mm fully automated fab of the entire semiconductor industry, it came online in early 2000, just as the world was waking up to the underwhelming aftermath of its Y2K fears. Automation was an order of magnitude more complex in this fab largely because operators could no longer handle material due to ergonomic concerns. Robots were integrated into the operating system of this fab to store, transport and feed material to machines.  We achieved our 50 and 100 buttons for this fab relatively quickly.

My view of our buttons system was informed by concepts of Breakthrough Performance as articulated by William (Bill) R. Daniels, a management expert of those times. In his view, breakthrough performance required three key elements: a) setting clear goals, b) letting people self-monitor progress and have the tools to achieve the goals, and c) encouraging the right (and controlling the wrong) behaviors. The button system was a success because it had all three elements.  The goal was clear and self-monitored across the organization. The buttons served as currency of success and were sought after by all with feverish excitement. We did not just wish for buttons, we worked hard to make our systems robust, to reliably make changes on the fly, and to proactively fix issues before they caused a disruption.

Back to Jasper Morris. I recently re-connected with him. He is still ticking, still working in operations.  Here is what he has to reminisce about the buttons:

“Thank you for stirring up great memories of fun times. 100 days of UPTIME was a key milestone in Automation history. I remember feeling empowered and responsible as we proactively probed the system for potential issues. This was a paradigm shift.” – Jasper Morris (Aug 2019).