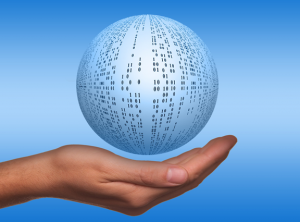 In the 1990s, the disruption of the computing industry by the Personal Computer (PC) was firmly underway.  The term “Internet economy” was being used more and more to describe visible trends.

Andy Grove used the term “PC-style economics” to describe the emerging economic forces of this disrupted computing industry.  He saw the PC as “the great leveler of enterprises”.  The old computing paradigm that lasted till the early 80s was fueled by largely vertically integrated companies such as IBM, Digital, Bull etc.  These companies built, sold and serviced their own computing blocks with chips, hardware systems, operating systems and applications software. Competition was between complete computing blocks offered by key players in the industry.

The PC, according to Andy, “horizontalized” this industry. Players in the new computing industry made their offerings in terms of ingredients in horizontal layers of the computing block.  Such horizontal layers included Central Processing Unit (CPU) chips, System Hardware, Operating Systems, and Application Software.  Intel, HP/DELL, Microsoft and Adobe became key new players in CPU, System HW, Operating Systems and applications S/W layers of this new model.  Competition was ferocious between intra-layer players as each tried to grab share of its horizontal slice. Collaborative partnerships sprang up between inter-layer players to deliver a complete solution to the end user.

I found it fascinating to live through this disruption cycle from inside Intel, where I spent 30 years of my life trying to put Intel inside everything that computes. We used technology transitions of Moore’s Law (ML) to build a larger and larger pie for our silicon chips.  Such ML technology transitions became a synchronizing force for the research and development of every player in every layer of the computing block.

It has been 20 years since Andy Grove’s articulation of the horizontal model.  Does the computing industry still look horizontal?  It does not look like it to me.  As the industry matured, the value (and its seekers) rose up the stack from HW to SW to content and services.  From e-commerce to e-entertainment, successful players became giants by establishing ubiquitous, vertically integrated platforms in their computing market segments.  Apple, Samsung, Google, Amazon and Facebook are some of the key players today and none of them show the horizontal characteristics of the PC industry.  Are they all fully vertical? Maybe not, but they certainly show vertical characteristics in addition to a clear indication that the value has indeed moved up the computing stack as Moore’s Law has made transistors essentially free.

Did we at Intel miss opportunities by hanging on too tightly to the horizontal model?  Were we so focused on taking our horizontal ingredient (Intel Architecture CPUs) to new computing market segments that we missed understanding what winning in the new markets would look like?  Were we fighting the wrong battle (that of computing architectures) when the world was envisioning and building new usage models and new eco-systems in new computing markets?

Intel is a well respected leader in the computing industry.  There is no question it deserves that respect.  But there is also no question that despite its solid revenue growth story,  attempts to become relevant in new computing markets have been less than what the world expected from Intel since the turn of the century.

For me, it will be interesting to watch from the outside how Intel steers itself and the industry going forward.